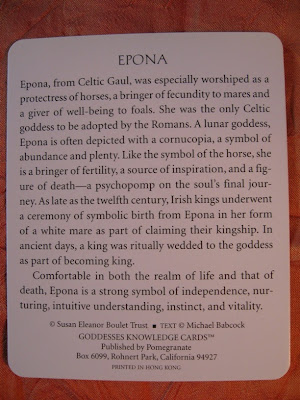 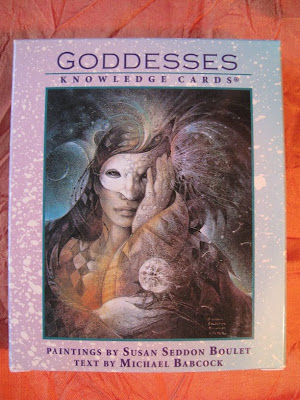 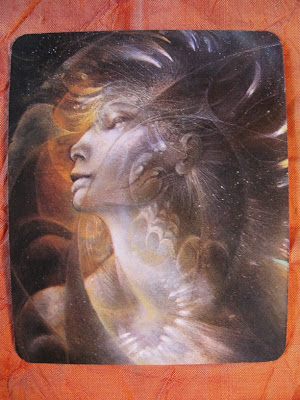 "Susan Boulet's art has had a profound influence on many people. She was a prolific artist whose themes ranged from portrayals of medieval figures and fantasy characters in her early work to goddesses and shaman figures in more recent images. Working principally in oil pastel, inks and occasionally pencil, she developed a distinctive personal style characterized by the use of color applied in layers from which dream-like forms emerged. Susan Boulet drew her inspiration from a wide variety of sources: mythology and poetry, Jungian psychology and worldwide spiritual traditions, as well as a deep love of animals and the natural world. Underlying her work is a spiritual quality and a universality which strikes a chord in people from many walks of life. Her paintings have been widely reproduced and are held in collections around the world. Published works include Shaman: The Paintings of Susan Seddon Boulet (1989), and The Goddess Paintings (1994), both published by Pomegranate Artbooks in Rohnert Park."
http://www.well.com/~davidu/boulet.html