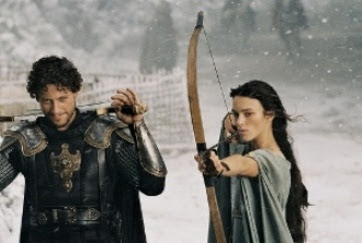 
"Christ is born at the darkest time of the year. That's not an accident. There are a lot of extremely complex ideas behind that. So here's one: the redeeming hero emerges when the need is greatest. The hero is born not only when things are darkest but also when tyranny has reached new heights." (via)
- Januar 01, 2008